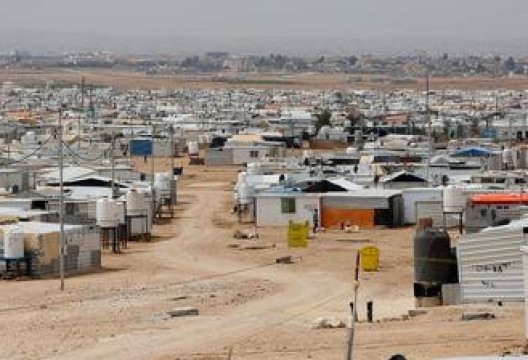 Time of conflicts /Time of Migration: Reflections on the Categories and Genealogy of Migration in the Middle East

The aim of LAJEH (refugee in Arabic) is to deepen knowledge on forced migration in the Middle East, analysing current refugee flows in their historical and regional contexts. Through a cross-disciplinary and empirically-driven approach, it analyses the implications of forced migrations on the host countries and the latter's response. This research project will focus not only on registered refugees but also on the wide range of displaced and migrant groups affected by conflicts and their consequences.

Three interrelated fields of research are investigated: forced migrants' terms of integration in the host country economy; the establishment of migrants' solidarity networks at local, national and regional levels; and the impacts of forced migrants on the host country's political fabric. Continued political crises and conflicts are still generating large flows of migrants. The Middle East is now hosting one of the largest refugee populations in the world (Palestinians, Syrians and Iraqis), while most of the host countries (except Turkey) are not signatories of the Geneva Convention of 1951. The Middle East is characterized by a strong and ancient human mobility as a result of regional economic disparities and conflicts. Migration appears as a key element in understanding the changes in the socio-political organization of this region. With more than 20 million migrant workers-a quarter of the total migrants in developing countries-the Middle East is one of the main regions of emigration and immigration in the world. In addition, Jordan and Lebanon today, for instance, host a Syrian refugee population that accounts for 10% and 25% of their total population respectively. Traditionally known as emigration countries, Lebanon, Jordan and Turkey have thus also become settlement and transit spaces for economic and forced migrants. Migrations are triggered by regional and state opportunities and constraints; but they are also fashioned by the migrants' own coping strategies, aspirations and possible assets in the form of available migratory networks set up on local and familial bases. Contemporary economic migrations and refugee movements can thus only be understood in the light of two correlated contexts: the dynamics of high mobility processes involving cross-border migration, and the existence of well-established transnational networks crystallized around more or less structured Diasporas.

The impact of mass migration on Jordan, Lebanon and Turkey will be analysed at different scales. Most available studies have tackled the macro effects of mass migration on host societies (labour market, infrastructures, public services, etc.). While taking into account these large scale effects, this research programme will rather focus on local effects of migration in cities, villages and border areas, and more specifically on spaces with a mixed population. This approach will first allow us to analyse how national policies are locally implemented; second, to examine possible differences in the coping strategies adopted by indigenous and previous migrants communities to new forced migration flows.

Three interconnected fields of research will be tackled: