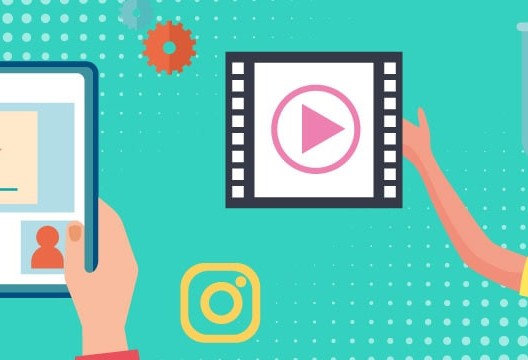 Lung cancer is the leading cause of cancer deaths worldwide in both developed and developing regions. Most diagnosed lung cancer cases are in lifetime smokers (~85%) pointing to the causal effect of smoking on lung tumorigenesis.

There are more than 960 million former and current smokers worldwide who represent a significant population at elevated risk for smoking-related diseases, particularly lung cancer. The high mortality rates associated with this type of cancer are attributed, in part, to the lack of effective strategies for the detection of early lung lesions, their prevention, and treatment. Therefore, there is an urgent and unmet need for the development of new and effective tools for early clinical management of lung cancer to reduce the public burden of this fatal disease, particularly in countries like Lebanon that have alarming cigarette smoking consumption rates. Thus increasing our understanding of the molecular pathology of lung cancer for identification of markers that can guide effective strategies for early diagnosis of the disease will enhance the survival rates.

We have previously reported that suppressed expression of members of the TBX2 subfamily is an early diagnostic marker for lung adenocarcinomas and we showed that re-expression of these factors in vitro suppresses the proliferation and induces apoptosis of lung cancer cells. Currently, we are in the process of further confirmation of the role of these genes in vivo using targeted knockout mice model. Additionally, we showed that the reduced expression is mediated by a general hypermethylation mechanism of the promoter regions of these genes. We will, therefore, expand our findings on the methylation pattern of these genes and assess it in a Lebanese lung cancer cohort. These results will allow us to formulate a non-invasive diagnostic tool, which would help in early detection for lung cancer based on our population genetic make-up and will pave the way for new genetic targeted treatment.

The high number of lung cancer cases globally and in particular in our country along with our recent discovery on the involvement of the TBX2 subfamily in the onset of the disease constitutes a solid hypothesis-driven project for further investigations on the involvement of these factors (directly or indirectly) as diagnostic/prognostic biomarkers. The inaccuracy and failure of the currently used diagnostic tools for lung cancer had directed most of the research effort towards developing highly accurate biomarkers that are easily detected from accessible body fluids. Our overreaching goal is to demarcate global non-invasive biomarkers that could be used for routine diagnostic of lung cancer at early stages with high sensitivity and specificity.

As is the case for other researchers, the first direction in disseminating scientific data is publishing our findings in international scientific journals. This project was presented in international conferences and has led to several published peer-reviewed articles in prestigious journals. Moreover, we made sure to submit a provisional patent of our innovation to the US-authorities to preserve our contribution in this field. In Lebanon, these findings were not only briefly acknowledged in scientific meetings until we had the chance to share them through An-Nahar newspaper. We were surprised by the huge appreciation for our project as we sensed enormous recognition from all other local media following the first exposure. Being able to share our research project on TVs, radios, newspapers, and magazines widened the horizon of this work and allowed it to be well recognized not only by laypeople but also by some governmental parties. This exposure opened the door for further grants and sponsorships that allowed us to proceed with this innovation.

Based on our experience, we have concluded that audio-visual and written media are more efficient in attracting the general population focus towards a particular scientific subject that directly affects their health as compared to scientific international journals. It provides a simple way of explaining research innovations that could be easily accessible for everyone in contrast to scientific journals that need prior scientific knowledge for a person to be able to grasp and recognize a novelty in this field. Usually, universities are more concerned in supporting the publication of their projects in high impact journals and pay less attention to disseminate these findings or raise awareness of the importance of sharing such innovations through local media. As such we enthusiastically welcome and support the initiatives of ‘Athar’ as it can enhance the awareness in the general population of ongoing research projects and novelties.

Athar Khalil is a PhD holder in biomedical sciences from the Faculty of Medicine at the American University of Beirut (AUB). Currently a research associate in biochemistry and molecular genetics department at AUB. Her project tackles the novel involvement of a family of transcription factors in lung cancer development and progression which resulted in a provisional patent, several peer reviewed articles, and local/regional media recognition.