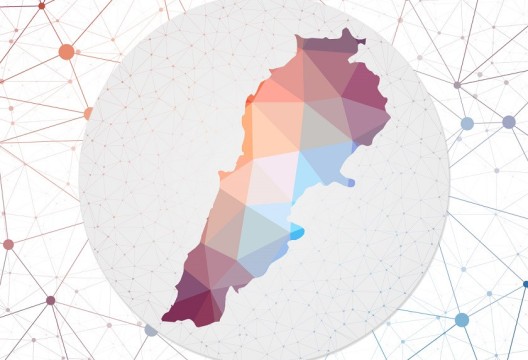 The Digital Economy as an Alternative in Lebanon?

With all the grave challenges facing Lebanon—from a failed model of governance, to an economic collapse, and most recently, the Beirut Blast resulting in a humanitarian crisis – can the digital economy play a role in overcoming them?

The term ‘digital economy’ does not have a standard definition, and it can mean different things to different people. For some, it refers to an economy in which the primary means of production, distribution, and consumption are digital. It is “centered on the firms, industries, organizations and consumers who are explicitly in the business of creating, selling and consuming digital products”. The term is often used interchangeably with the term ‘knowledge economy’, an equally vague term that broadly refers to an economy in which knowledge production and scientific and technological innovations contribute to significant economic growth. Both terms are not foreign to Lebanese public discourse. They have been mentioned several times in ministerial statements, in McKinsey’s “Lebanon Economic Vision”, and in the 2018 Digital Transformation Strategy produced by the Office of the Minister of State for Administrative Reform (OMSAR). In January 2019, the then-newly formed government established a Ministry of State for Investment & Technology (MSIT) with a mandate focused on the knowledge economy, improving the ease of doing business, and encouraging foreign investments. It aimed to champion the knowledge economy as a productive part of the private sector.

The importance of the digital economy lies in its ability to alleviate several of Lebanon’s entrenched problems. It can be a viable and productive sector in the economy in that it could create gainful employment for skilled youth and attract foreign investments to the country. As the world continues to grapple with COVID-19 related restrictions and economic disruptions, digital transitions could save businesses from shutdown. There is massive potential to be captured. With estimates showing that between 80 to 90% of the Lebanese population has access to the Internet, a large online market exists, ready for a digital economy to be built around it.

80 to 90% of the Lebanese population has access to the Internet, a large online market exists, ready for a digital economy to be built around it.

Lebanon possesses a significant asset in its population. The UNDP has found that almost 30% of the total population is aged between 15-29 years old. This group is well-educated, with a literacy rate of 99.75%. The World Economic Forum’s Global Competitiveness Report reveals that secondary and tertiary education is common, and it is easy to find qualified employees for a job. In regional comparisons, Lebanon’s ICT field is considered to have a large advantage with respect to human capital as “new labor market entrants are mostly high skilled, multilingual, and cost-competitive”.

There have been some genuine efforts to develop Lebanon’s digital economy. While flawed, Banque du Liban’s Circular 331 form 2014 set aside funds for entrepreneurs and introduced a framework for banks to invest in start-ups which resulted in a significant increase in start-up investments. A start-up support system, from funding to development support, has taken shape in the private sector. According to the Investment Development Authority in Lebanon (IDAL), in 2019, there were 11 incubators and accelerators in the country providing support to start-ups in the technology sector. Founded in 2002, Berytech is one of the oldest incubators in the country and provides an example of how an entrepreneurship ecosystem can bring significant benefits; since its founding, it has assisted over 3,150 entrepreneurs, and its $70 million investments in Lebanese technology companies have created over 1,750 job opportunities.

Overall, the Lebanese tech start-up scene is promising, and this has been internationally recognized. The Global Entrepreneurship and Development Index ranks Lebanon 59 out of 137. INSEAD’s Global Competitiveness Ranking of 2019 puts Lebanon 4th for “New product entrepreneurial activity”. Many success stories have emerged out of the UK Lebanon Tech Hub, such as Proximie, an augmented reality platform for conducting surgeries from a distance.

The booming start-up scene has not been immune to several exogenous hurdles. Poor underlying infrastructure, weak governance in the public sector characterized by inadequate e-government performance and low technical knowledge among public servants, all significantly hamper the potential of the start-up community. As such, the ongoing economic crisis and the increasing unemployment rate do not just compound these structural impediments but also increase the necessity for resolving them. Perhaps the most essential component missing is basic infrastructure. Without a generator, which can be prohibitively expensive for businesses, it is near impossible to get 24-hour electricity, particularly during the current economic crisis. In a survey conducted by the International Monetary Fund in 2019, electricity shortages were reported to be the second largest constraint to competitiveness in Lebanon.

There are also gaps in regulation and in the legislative framework. Participants in Lebanon’s digital economy often refer to this as a hindrance for start-ups, as investors expect a base level of security and stability. The MSIT addressed this in its 2019-2021 action plan aiming to implement laws pertaining to, among several issues, cybersecurity and data privacy. In 2018, a law on electronic transactions was finally passed, but many criticized it for overlooking issues relating to data protection.

Furthermore, a lack of e-government services slows the process of starting a business. Despite decades long of efforts to install e-government, minimal progress has been made with regard to online service provision. While several ministries and public bodies have websites and social media accounts conveying basic information, few governmental services can be carried out online. OMSAR’s 2018 Digital Transformation Strategy acknowledges Lebanon’s potential to become an internationally competitive center of the region’s digital economy, but it was never formally adopted by the Council of Ministers.

Finally, despite a highly educated workforce, there remains a skills gap when it comes to the knowledge economy. The Lebanese workforce is well-educated in STEM fields, but universities have been criticized for discounting technical and practical skills, and for being slow to update and modernize their curricula. The focus on theoretical learning and lack of coordination between universities and the private sector have been blamed for failing to equip students with the most innovative tools and knowledge required by the market.

Poor underlying infrastructure and weak governance in the public sector characterized by inadequate e-government performance and low technical knowledge among public servants, all significantly hamper the potential of the start-up community.

Way Forward: Harnessing Digital Tools to Get out of the Crisis

The digital economy should not be considered a distant potential solution. It is a sub-sector, within each sector of the economy.

The economic crisis, while devastating, may present some opportunities for change. For one, the circumstances could potentially instigate the transition from a rent-based economy to a more productive one. Despite currency devaluation and bank restrictions have made emigration and studying abroad increasingly difficult and expensive. This may reduce brain drain, leaving young, educated youth in Lebanon, hopefully to contribute to a more productive and innovative job market. The Lebanese diaspora can be a valuable source of connections and investment. Initiatives such as LIFE, a global network of Lebanese professionals in the diaspora, can help them connect to entrepreneurs and youth in Lebanon. Far from an act of charity, such investments could create jobs and contribute to the improvement of the current economic reality. Locally, several efforts to deal with the economic crisis on a digital level have been made through platforms such as Jobs For Lebanon and LibanTroc that present opportunities to move hiring and purchasing processes online, and to better connect needy individuals with those able to help them. In this sense, as businesses move online, the digital economy grows.

It is clear that Lebanon’s current economic system, which relies heavily on tourism, remittances, and international aid, has not only led to economic imbalances and severe socioeconomic inequalities, but is unsustainable and built on shaky foundations. As Lebanon continues to experience a multi-faceted collapse, urgently considering all economic alternatives is a must. The digital economy is a promising field waiting to be tapped. While it may not be the silver bullet to solve Lebanon’s economic crisis, it is nonetheless an important facet of any solution moving forward.

The authors wish to thank guests Maya Rahal (Managing Director, MIT Enterprise Forum Pan-Arab), Adel Afiouni (Former Minister of State for Investment and Technology), Nadim Zaazaa (CEO of the UK Lebanon Tech Hub), and Selim Edde (Director & Head of Government Affairs and Public Policy at Google MENA) for their participation in a webinar dealing with Lebanon's digital economy. Their expertise gave us invaluable insights and the conversation served as inspiration for the piece.

Elina Qureshi, Intern with the Governance and Policy Lab at the Issam Fares Institute. Undergraduate student at McGill University in Economics and International Development.

Opinions expressed in these articles are those of the author and do not necessarily reflect the views of the Issam Fares Institute for Public Policy and International Affairs at the American University of Beirut.